USE THIS FORUM FOR ANY ELECTRICAL QUESTIONS SUCH AS WIRE COLOR CODES, BLOWING FUSES OR WIRING SHORTS.

Hello,
I thought I would share my experience here.

I had a burned out reverse light, and when i went looking to replace it i noticed the ?philips? LED options at the local store.
When attempting to install the one of these LED bulb, i twisted the base off of the first one by accident trying to turn it into place after it being fully depressed into the socket.
Looking at the design of the LED bulb, it stuck out too wide and interfered with the socket before the keys would allow it to turn.

Then i realized that with the stock 1156 rating of `27 watts, could probably try to find a much brighter than stock LED, and keep stock appearance while getting better lighting for backing up in the forest / etc at night.

I was putting in a rock auto order anyway, looked for the high power 1156 LED options they had available. At the time, the only option was the dorman 1156WHP - but from images the design looked like it may not have the same interference problem as the philips bulb.

When i tried installing the first one of those, i thought i was being careful- but apparently not enough - because i once again twisted the base off of the bulb. Got it warrantied by rockauto.

Then used a rasp/file to hog out the entry of the socket a little bit, allowing the bulbs to compress all of the way to seat.
Works now- sorry, no before/after lighting pictures.

Here are some pics 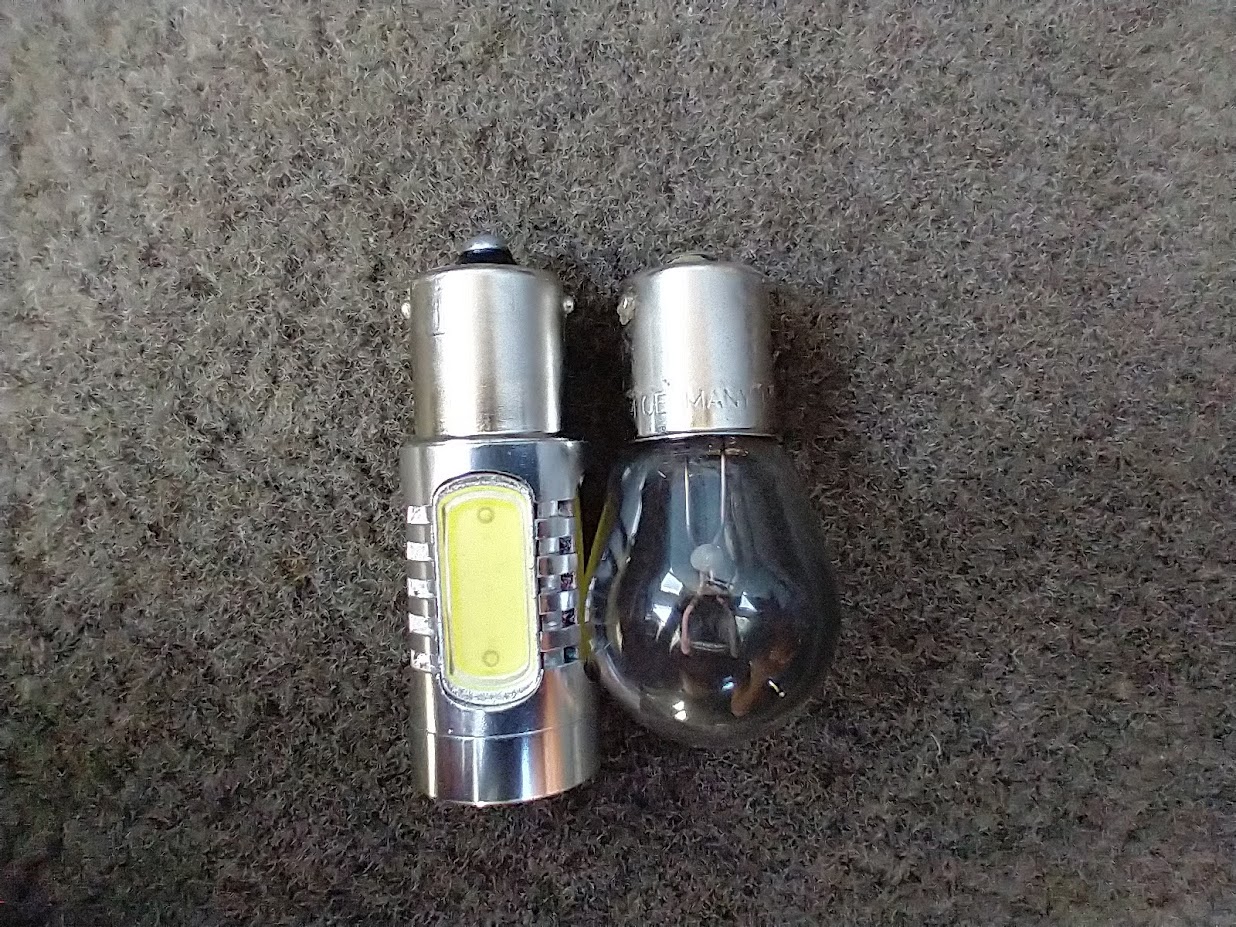 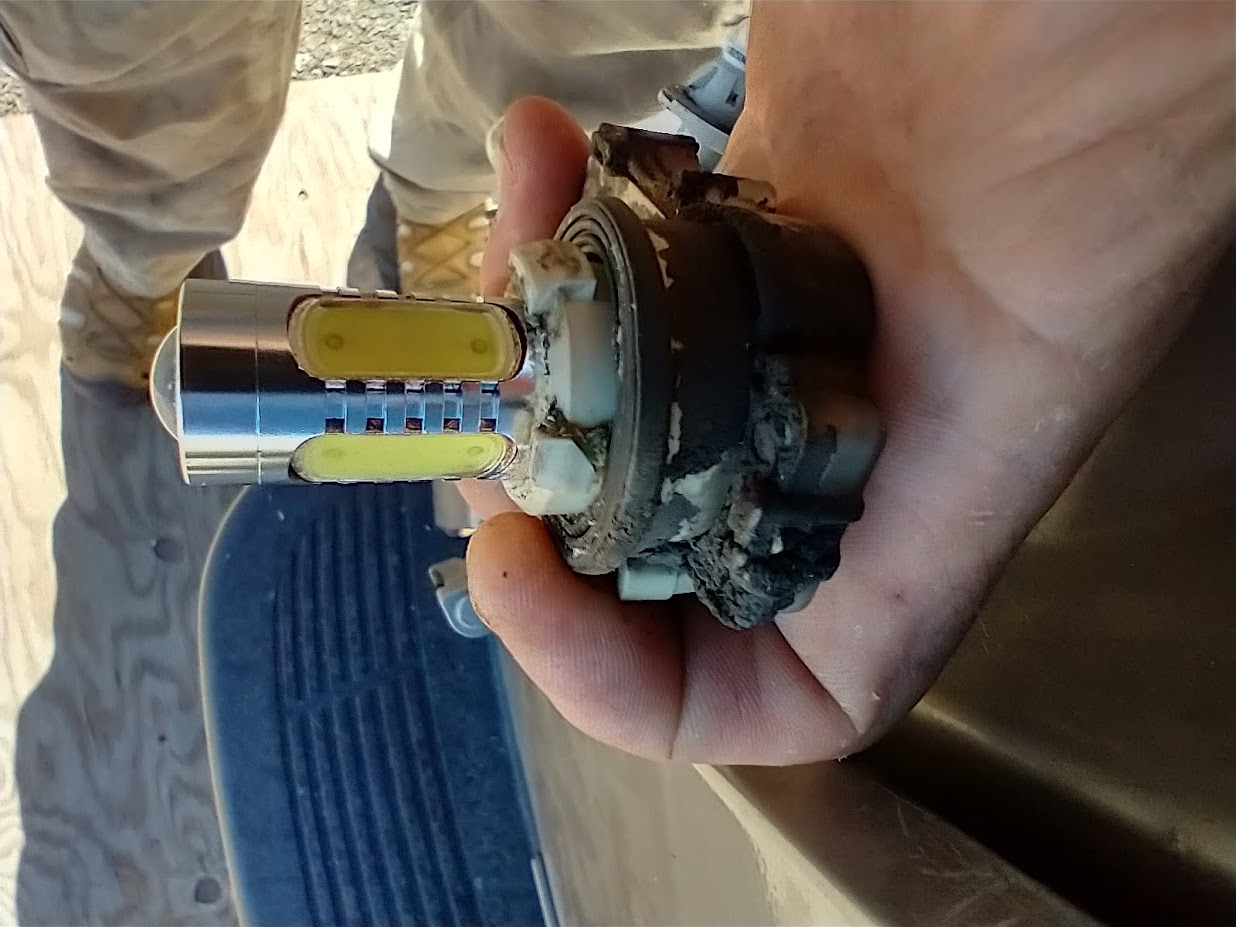 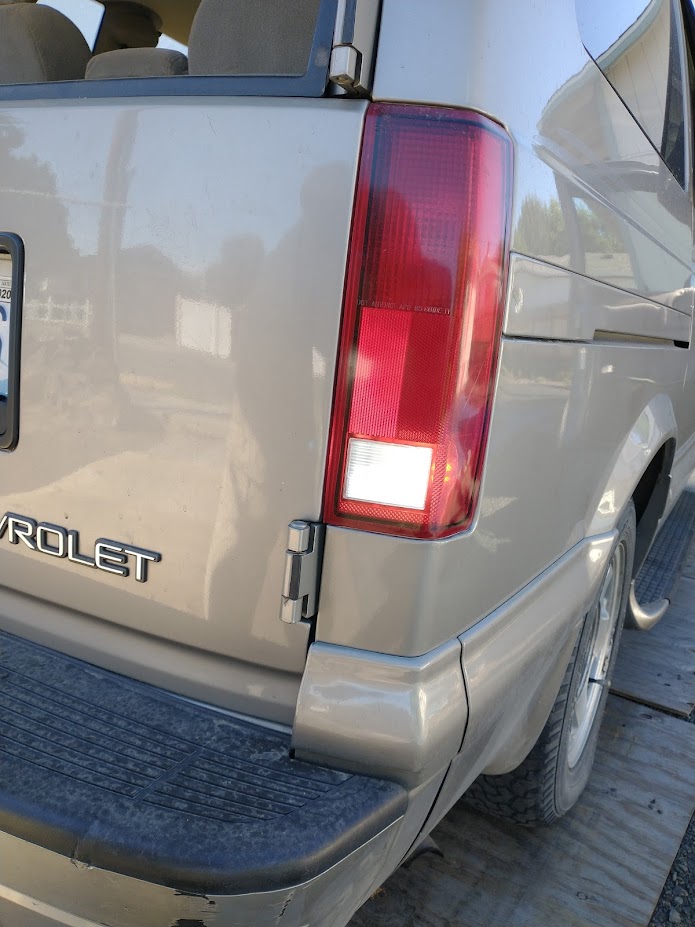 Sorry about that; I used Google links and messed them up- will attempt to fix.
Top

Couldn't find an 'edit post' link.. oddly.. so here are the pics

Thank you. How does the light from it look?

I notice that the LED is side-firing. Is there a reflector to guide the light straight out?
Top

I have read some test reviews which indicate the LED in OEM backup light fixture does not really put out much more lumens than the original filament bulb.

The real benefit is to update the interior dome lights with LEDs.

For super back up lights, I think auxiliary LED fixtures below the bumper could be a better way to go.