USE THIS FORUM FOR ANY ELECTRICAL QUESTIONS SUCH AS WIRE COLOR CODES, BLOWING FUSES OR WIRING SHORTS.

Explorer98
I am merely driving my van

I've recently acquired a '98 Astro LT 2WD. It's a Japanese export model (not that there's a world of difference) and I've set about restoring it after some fairly major mistreatment by it's previous UK owner(s).

One of the 'upgrades' I've installed is a lot of LED lighting - including the dash lights as some of them were very dim or even didn't work.

Something conspicuous which came up was that a whole bunch of them didn't work after this, then I realised they'd NEVER worked while I've had the van and more interestingly, they don't work on the power up bulb test!

I've looked on the Techline XP schematics and the four which do work correctly are on a different line to the eight or nine which don't.
What I find really strange is that every other device connected to the same line as the non-working lights is completely ok as far as I can tell. It's almost as though there's a break before the lights themselves.

Unfortunately I find the GM schematics quite hard to navigate (ironic for an electrical engineer with 40 years experience!) and I don't know how to save or print anything from the VIrtualBox VM so all I can do is describe the issue here.

I haven't got the polarity of the lamps wrong - I'm really NOT that naive - but I don't know where to go next.

Any clues, wise gents of the forum? I'm all ears (or eyes anyway!).

Jon
'98 Astro LT, Japanese Export model now with me in the UK. Thus begins the restoration......! 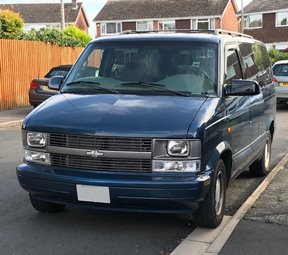 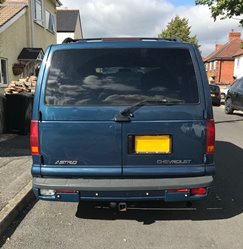